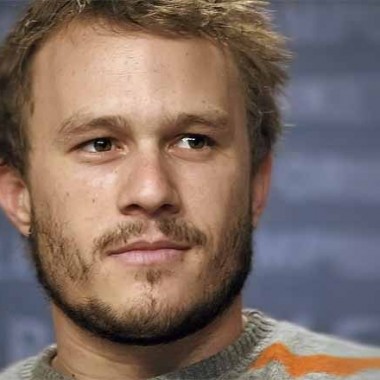 I teach a Saturday morning class based on the book called Discover the Power Within You by Eric Butterworth and yesterday in class several people talked about being deeply affected by Heath’s Ledgers death this week.

This morning in my meditation, I checked in to the other side to see if I could get a glimpse of how he is doing and was pleasantly surprised to see he is doing well. There were so many people that came to greet him as he “came home” and I saw many people hugging him and congratulating him for all that he accomplished.

It became very apparent to me after watching him for even a minute, that this young man is actually quite an old soul. He definitely knew his way around Heaven. I heard him telling someone that he feels blessed to be able to watch over his daughter 24/7 and said that with his schedule on Earth, that was impossible. I also heard him say that he plans on teaching on that side because acting is a great way to discover all the personalities within ourselves.

I saw a young man/old soul being very grateful for the time he had on Earth. There was no self pity. Just gratitude I also saw that his death was a wake up call for all people that we never know when we’re going home, so be sure you’re living the life you came here to live. I love being pleasantly surprised.