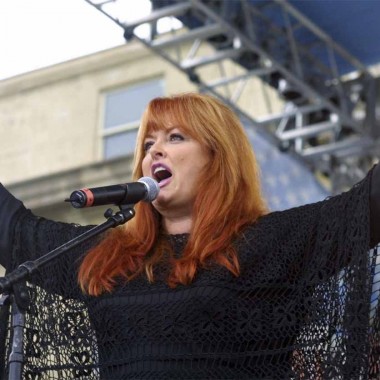 About two weeks I read an article in People magazine about Wynonna Judd losing 55 lbs and of course was curious as to how she did it.

I was pleasantly surprised to see that it wasn’t an advertisement for another diet program, but something that felt REAL to me. I had one of those experiences where you read or hear something you just KNOW it’s truth. She did this program called Brain State Conditioning. It has to do with balancing the brain wave frequencies.

What really got me hooked on learning more about this was that she said she never felt grounded in her life and that these treatments did that for her, which in turn helped her with her food addiction and stress.

Grounded. I thought I was grounded until I read that article and it was like this whole scenario opened in my head and I could sense, see and feel that I don’t think I’ve ever been truly grounded. I talked to God about it and it felt really right to do so I went on the Internet and found out there are two offices here in the Twin Ciites. (there are 33 offices in the country) I called the Bloomington office and had my first treatment last week.

All week a little voice has been telling me to blog about this experience and share it with others. I’ve gone back and forth about it because of sharing some pretty personal things but I’ve already noticed a difference just after one treatment and I’m pretty excited to see where this goes so long story short, I’m going to be blogging about this experience.

They recommend you get the treatments close together. 10 treatments are recommended and you can do more after that. Here’s a list of just some of the things that people have gotten help with: Memory, think more clearly, better sleep, depression lifts, addictions such as smoking, drinking and drugs. People’s sex lives improves, athletes performance improves greatly, veterans get relief from PTSD, kids with learning problems excel in school.
Here’s the website: www.NeuroStrength.com

I’ll blog later today. I have two sessions this afternoon and need to leave soon.
When I do blog, I’ll start from the beginning so that you can understand all of this for me personally.