Someone emailed yesterday and asked me to write a Blog about fear. She said that with all the news about the H1N1 and all the horrible rumors about Obama, it’s scary to leave the house these days.

I hate what the media does to us. I wonder when the news first started broadcasting way back when, if their intention was to find all the bad news possible and bring it to people every night when they’re eating dinner or about to go to bed. Who and when was it decided that the daily news should be the daily bad news. Whatever happened to the daily good news? 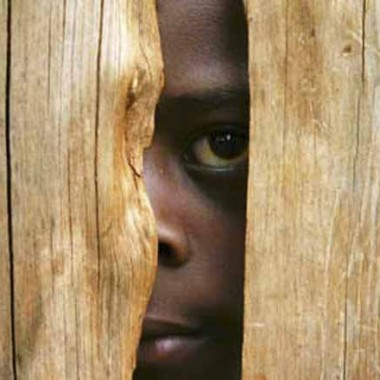 This woman told me that her mother is afraid to leave the house because of all the terrible things going on in the world. I wonder if the media ever stops and thinks about all the fear they are creating or is it just about the ratings. True, they do give us that happy little story at the end of most broadcasts to give us the illusion that all is right with the world, but after listening to the first 15 minutes of murders, deaths, war, and the dreaded H1Ni that’s going to make us all sick, does that one little day brightener really brighten our day?

The good news is that we do have an option and that is to flick the station when the news comes on. Turn on the weather station if you want to know the weather report, watch sports if that’s your thing…………………but if you’re finding yourself getting more and more fearful each day after watching the news, DON’T WATCH IT.

My dear sweet 80 year old mother said the other day that she dreads reading the paper every morning because it’s so depressing but feels like she’s supposed to read so that she knows what’s going on in the world. And unfortunately, she too is afraid to come out of the house for fear of getting sick.

In this time when manifesting is so powerful, I wish the media understood that what they’re putting out is exactly what we’re going to get back. Maybe we should start sending them some thoughts that we want the news to be evenly balanced. We want as much good news as we get bad news.

As long as the world is going to be bombarded with negative thoughts, lets just do some spiritual work here and clear the planet of the negativity.

In a meditation I did for my students last week, the guides told them to visualize sending all the negative energy back to the people sending it. We can protect ourselves from the bombardment of negativity. We can ask God/Universe to clear the Universe of all this negativity 100 times a day if we have to.

A couple of weeks ago on my Facebook page, I asked everyone to visualize a white ice cream cone from Dairy Queen and visualize putting the President inside that cone. It was a visual for surrounding him in white light. Another suggestion is to visualize mirrors around our him,all facing out and anything negative being sent his way goes back to the sender.

Lets do that with the H1N1 virus. Visualize the letters surrounded in white light. We have the power to stop this damn thing. We don’t have to sit around and wait for it to hit us.

And now on to the next subject which drives me absolutely crazy.
OBAMA IS THE REINCARNATED HITLER??????????????? Who IN hell came up with that one???
And people are upset because he hasn’t put the United States back together after NINE WHOLE MONTHS in office????

What in the world is going on? Why aren’t people getting behind him?

I cannot believe that parents were up in arms about the President speaking to their children. What the hell is wrong with these people? They should be grateful that he takes the time to care about their children.
It doesn’t take hours and hours of sociology classes to know that the problem boils down to one word and that is RACISM.

C’mon folks. We can change this stuff. We are living in important times. The world is changing.
We are changing. We aren’t living in a Leave It To Beaver world anymore. This is the Big Leagues. We have to fight for what we believe in, we have to pray for the courage to walk through the changes, we need to send white light and protection to all our government people, to the media, to each other. Send prayers of healing to all those in the war. Both sides.
Send healing to all the families of the people in the wars. Ask for Divine Intervention in your own life if it’s appearing like a train wreck.

Don’t let Fear dictate who you are or how you live your life. Look it right in the eye and tell it to bug off.

YOU ARE A DIVINE CHILD OF GOD, NO MATTER WHAT RELIGION YOU BELIEVE IN. SO LETS CALL IN THE HEAVENLY TROOPS AND GET THIS PLANET ON TRACK. WE HAVE THE POWER TO MAKE IT HAPPEN. SO LETS DO IT TOGETHER,

And to my dear friend John D down in Tucson, thanks for the card. It’s the 20th. When’s yours?