I’m feeling guided to write about healing, specifically laying on hands healing. I was seventeen when a psychic told me I was born with the gift of healing and I had no idea what she was talking about. She told me two things: 1. Don’t ever forget that it’s God that heals people, I’m the channel, and 2. Always use white hankies under my hands when channeling healing. Many of you have heard the story that the psychic said my father was at home with a migraine headache (which he was), and she told me to take out a couple of his hankies, put them on his head, and ask God to heal him through me.

It sounded so bizarre to me. Why would God choose me to have this gift? I was shy and couldn’t imagine myself going up to people and healing them, but I did just as she said. I went home and put the hankies on my father’s head and asked God to work through me. Very quickly, my hands heated up like little heating pads and they actually trembled a tiny bit. I could actually feel something? Energy? Running through my arms. I felt like I was standing outside my body watching all of this take place. Within a minute, my hands cooled off and my dad said “well I’ll be damned if my headache isn’t gone.” 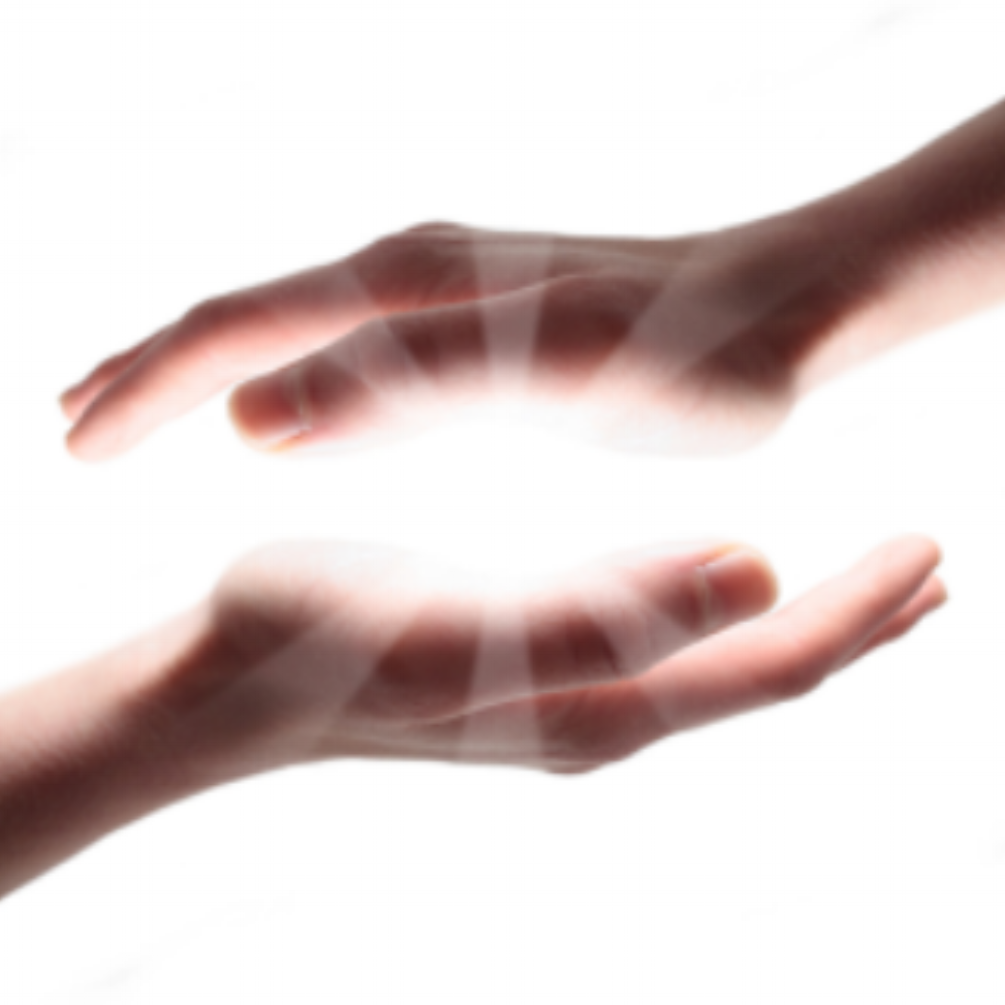 That was fifty-six years ago, and my journey as a spiritual healer has been very enlightening. I was young and naïve, and thought for sure that the world would embrace having another healer because the only two I had heard of were Jesus and Oral Roberts (a famous TV evangelist). I thought it was now my job to heal all the sick people. It felt like an enormous responsibility.

There is so much I want to say about this here, but most of it is already in the first book I wrote called Hands that Heal. (New World Library). What I want to write about is what I’ve learned over the years.

In spite of what religion tells us, God’s healing energy is alive and well and continues to heal people all the time. Over the years many religious people have told me that the healing energy died when Jesus died, which is absurd. Here are some of the other things I’ve heard or learned from people:

People have told me that if I’m not of their Christian faith, I’m not a true healer. I remember one woman in particular who had her back to me while I was working on her husband. He had had a very bad heart attack and was given a short amount of time left to live. She was praying that Satan wasn’t working through me since I wasn’t of their faith.

Not everyone wants to be healed. There may be a payoff for being sick, such as getting attention from a spouse or parent. Getting time off from a crummy job. Getting paid from an insurance company for an accident. I had one client that was in quite a quandary because his wife told him if he got healed he would have to move to the basement.

So much of our diseases and illnesses have an emotional root to them and that’s why healing doesn’t always happen right away. People have told me they would rather die than face their emotional pain which is why some healings happen quickly and others take quite a while.

I had to learn the hard way not to get emotionally wrapped up in other people’s pain and drama. I had to learn to toughen up and realize that not everyone is meant to heal. It’s part of their life journey to have the illness or disease. Sickness teaches us a lot. We learn compassion, which is very important for all of us to have.

Many people believe that their illness/disease came from God as  punishment for something and don’t feel they have the right to ask for healing.

The biggest mistake healers make is that we think everyone wants to be healed and we charge in on our white horse to save the day, when maybe that person doesn’t want or feel worthy of being healed. Healers have to learn to back off. I’ve told all my healing students over the years to offer healing but then back off and let the person come to them if they are open to it.

I’ve learned that healers have a block about being a channel for healing, even though the energy flows through their hands. They don’t feel worthy of healing someone. They are confused about worthiness. Most of them are afraid to tell their families and friends they can do this work for fear of ridicule. This is something every healer has to work through.

Money also plays a part in this. According to the law, we are supposed to ask for donations and not charge people. And according to the majority of people, we shouldn’t charge money for the healing energy because it comes from God. I agree. But the missing piece here is that we need to get paid for our time. I ran myself ragged for several years working full time to support myself and only accepting donations. People brought me flowers from their gardens and eggs from their chickens and after awhile, I ended up getting sick because I was doing too much. It wasn’t until a world renowned healer from Brazil gave a lecture here in Minneapolis and said that he does not charge for the healing energy, he charges for his time. I had been asking God for years how to resolve this issue and there it was.

I realized that people took the healing more seriously when I started asking for a thirty dollar donation. People became more engaged in their healing process wondering what they could to help themselves heal. It was no longer just up to me or God to fix it.

When I have seen someone get healed, instead of feeling yippy yo-ki-yay, I feel very humbled that God has worked through me. All the pieces need to come together for someone to heal. They worked through the emotional piece that created the situation in the first place. They feel worthy of being healed. They are ready to move on from their pain. There are no longer any payoffs from being sick. I’ve seen people heal instantly from serious illnesses and others drag on forever. Each situation is important and none of it should be judged. As healers we do not know what the person’s soul is going through and it’s best to not try to figure it out.

Jesus said you will be healed according to your faith. People tell me they have all the faith in the world, yet they don’t get healed. The one question they need to ask themselves is do they have faith in themselves that they are worthy of being healed. It goes much deeper than having faith in God.

Last is something we call Absentee Healing. There is a story in the Bible about a man who comes to Jesus and asks him to come to his home and heal his son. Jesus tells him his son is healed because of his faith. Jesus didn’t have to go to the boy. He asked God to heal the boy and it was done. A healer does not have to be present in order to heal someone. About twenty years ago I created a program called the HealingPenPal program. I have seventy-four healers in the program. People from all over the globe request healing from us and our coordinator assigns a healer to that person who sends healing energy to them for fourteen days. The program is free and all we ask is that people let us know how they are doing at the end of the fourteen days and if they need more. We have had so many beautiful letters back from people. Healing energy is universal. All we need to do is ask and feel worthy of being healed.

The way of the healer is full of surprises, to say the least! It can be so rewarding and heart breaking all in the same day. The truth about laying on hands healing is that it works. God continues to heal people in spite of ourselves, our ego’s and judgements. We don’t have to be attuned or follow certain techniques to heal people. We need to step out of the way, follow the guidance from within (intuition), and let God/Universe guide us with each healing. No two are alike.

If you want to learn more about laying on hands healing, here is a list of suggested books that I have written:

If you would like to receive healing from our program, send your name, city and state you live in and what you would like healing for. Our coordinator will contact you with the name of your healer. You can send the request to bodine.echo@gmail.com.