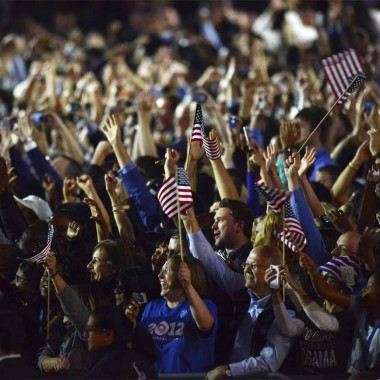 What a Week. Election night was so amazing. I’m so glad it’s over and yet I’ve relived it over and over in my mind many times this week.

McCain’s speech was amazing. I agreed with many people this week who said if they had seen more of THAT McCain throughout the campaign, the election might have been alot closer. His speech was straight from the heart and I’m so grateful it was only him talking. It really felt like the real John McCain was finally speaking up and it was wonderful.

When Obama came out to speak to the Nation, I sat and cried like a baby. The feelings inside were so intense. I felt incredibly grateful that he was nominated. He truly is going to take us into the new world. It makes perfect sense to me that divine order is at work here, nominating a person who is half African American and half Caucasian. He knows life from both perspectives and we need someone with that kind of compassion.

Unfortunately there’s a down side to all of this and that is all the insanity going around about him being a Nazi, the anti-Christ and a terrorist. What the hell is wrong with the people saying these things? You can look into the man’s eyes and see that this isn’t true. You can see his integrity and strength. We are so blessed to have someone willing to get us out of the mess we’re in and yet some people can only find fault.

The last two days I’ve had to pull back from the world and be in the silence. Clear myself of this negative energy and stay away from people who are saying these negative things. I found myself worrying about the crazies out there. The KKK’s of the world. The racist pigs. The utter stupidity and judgments.

I wasn’t raised by racist parents and I’m so grateful for that. It’s hard for me to understand what that hatred is really about. I’m the first to admit that I have a child like view of life in many ways and when I hear people talking so negatively, I just want to turn and run away from them.

I’ve decided that the one thing I can do is ask God for guidance as to what I can do to be supportive of Obama and his family. The man needs a tremendous amount of support on all levels and like he says, he’s not going to do it for us, we’re all going to do it together. The thought came to me the other night to visualize him surrounded in a white light of protection ALWAYS and to also see his family protected by Universal energy.

We’ve got some tremendous healing coming. The world has not felt like a safe place and ever since Tuesday, there’s a sense of safety that I don’t remember feeling before. All of this tells me that we’re on the right track as a nation. We’re on the yellow brick road and we’re headed in a great direction and I am so excited about it. My prayer is to please keep he and his family safe from all the lunatics out there. And that if there are people out there planning to do something to him (as some are saying) please distract them from their negative intentions. That always works wonders!!!