A dear friend of mine told me about this latest conspiracy theory and I have to say, I can’t believe people actually believe this stuff. 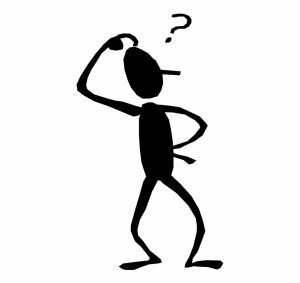 Q Anon? Covid-19 is an elaborate hoax to cover up an elite pedophilia and satanic ring and the people that believe this includes Oprah, Tom Hanks and liberals, and Trump is the person who is saving all the children? the stuff about Black Lives Matter basically systemic racism being made up? Bill Gates coming up with a vaccine to really put chips in us so the government can track us? This is way better than any Stephen King novel.

And since they are saying it’s the liberals doing all of this, of course this group must be Conservative or Republican.

ARE YOU KIDDING ME? I CANNOT BELIEVE PEOPLE BELIEVE THIS CRAP.

For the people believing this, it says way more about them than anything else. The part I hate the most is that it makes people feel vulnerable and afraid. It also lends drama to people’s otherwise boring lives. People get to focus on Satan and evil shit instead of God and hope. And PLEASE will someone explain to me why the government would choose to play this hoax on people.

I don’t want to ramble on about this. For those of you who believe this nonsense, it’s got you STUCK in negativity. You are not listening to your inner voice, and this stuff is going to affect your health. I lived with someone for three years who is a conspiracy theorist, and he is wracked with physical and emotional pain. Negativity eats away at the body.

I would guess now that Kamala Harris is on board, we’re going to start getting bombarded with negativity about that as well. Do me a favor. If you are a friend of mine on Facebook, and you’re part of that negativity, please un-friend me. Life is tough enough right now with the covid going on, the uncertainty of the future and Trump’s continued nonsense.