I sit here stewing about recent comments I’ve heard about celebrity psychics. I guess some woman at the New York Times wrote a scathing article about Celebrity Psychics, mainly attacking my friend Thomas John and John Oliver, has a nasty YouTube video about us.

They send in fake people and set up fake Facebook accounts, hoping to catch Thomas in lies.  They set out with a premise of lies and then claim he’s the one lying. Did she interview Thomas and ask him how this works? Did she have a session herself? Did John Oliver or any of these other people who claim psychics are frauds have a session with James Van Praagh, John Edward, Suzanne Giesemann, Thomas John or John Holland to mention a few of the very gifted “celebrity psychics” out there. These people do phenomenal work and would never entertain the thought of scamming someone.

Thank goodness we’ve come far enough that a lot of people who read these articles know better. For the small minority that will still go to their clergy to find out what the Bible says about psychics, they’ll be told all of this is fake and from the devil. Unfortunately until churches start teaching their people about the Gifts of the Spirit, 1 Corinthians 12, it will always be that way.

I thought it was so cool when TV show host James Corden had Thomas John on his show and promoted his tv show called Seat Belt Psychic. It takes courage for people in the tv industry to take a stand like that when all the other tv hosts are making fun of us. I’ve been in this business for over fifty years and I’ve seen a lot of this kind of thing. People who have never asked a psychic how this works and yet feel they can judge their work. 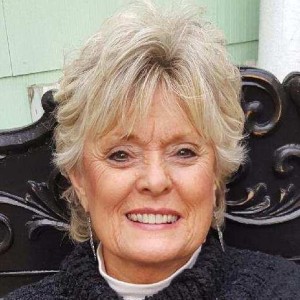 I’ve been fortunate in my career to meet wonderful people in TV, newspaper and radio who have been extremely kind to me and have asked real questions, like how does this work? What it’s like to have psychic abilities? How does it affect my personal life? Is it hard on my body to have these gifts? What is it like talking to the dead? They’ve all had a genuine interest in what these gifts are and have not felt the need to find something from my past that will incriminate me or try to make me look like a fraud.

The only way to survive in this profession is to grow a tough skin and I personally know the folks that I’ve mentioned above have done just that. I hope they all continue to thrive and do their good works in spite of what the uneducated press or clergy has to say about the Gift of Prophecy.