Yesterday I had one of those amazing experiences that I’ve had from time to time that I’d like to share with you. I’d have to say it actually began the night before during the Advanced Healing class.

We had our usual great discussion about healing, and then the students gave healings to each other while I channeled a meditation. The room was filled with healing energy and gratitude from the Universe to the healers for their dedication as healers.

After a healing class, I usually sleep like a rock and wake up feeling a sense of renewal, but yesterday was different. It took quite awhile for me to actually wake up because I felt like I was somewhere else and I could hear my soul say:

It felt like I was back in a crowd of people two thousand years ago, and I felt this very deep sadness.

The feelings stayed with me for a few hours, so I went into a meditation about it later in the afternoon and I literally felt transported back in time. This is what I saw:

Followers of Jesus were beside themselves with fear and grief because they could sense his life was coming to an end. The prophets could see that what had been prophesied was about to come true and they were beside themselves with grief Those that had learned to listen to the still small voice and had a knowing of what was about to take place, were in a panic to stop it, yet they knew there was nothing they could do.

Even though Jesus had prepared the disciples, as the days approached, I saw blinders on their eyes, like they blocked out what they knew and when many of the followers saw this look of denial, it scared them even more.

Those that followed Jesus were worried that they would lose their faith now that their teacher was going to be gone. Who would teach them? How would they know what to follow? To believe?

As the sun went down on each day of that week, people felt this horrible impending sadness and wondered if his ministry would last once he was gone and who would take his place leading the people. When he told them it was up to them to spread the words of God, they were afraid of that also. They were afraid of the responsibility. They begged God not to let this happen, but Jeshua’s physical ministry was coming to an end.

Jesus had already taught them everything they needed to know. He showed the people what they were capable of and many drew a blind eye to that.

When he physically died, he knew he had accomplished what he came here to do and now it was up to the people to live by his teachings.

As the meditation ended, I had a sense of completion for him and yet, still that great sadness for those who were left behind.

There are many books on the market about the teachings of Jesus, but my very, very favorite is a book written by John Van Auken called Jesus: His Words Decoded, His Mystery Teachings Revealed (published by A.R.E. Press). 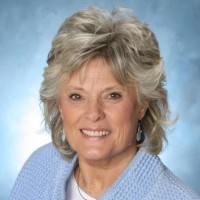 Breaking The Cycle of Suffering It’s Time To Get Back to Blogging